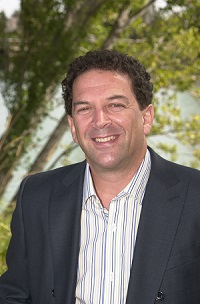 This article is more than 1 month old 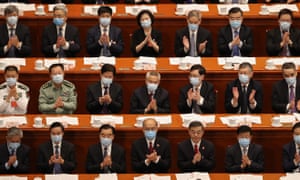 China’s National People’s Congress is preparing to vote on a draft decision that would pave the way for anti-sedition laws to be directly enacted in Hong Kong. Photograph: Andrea Verdelli/Getty Images

China’s legislature has approved controversial national security laws for Hong Kong, dealing what critics have called a “killer blow” to the city’s autonomy and freedoms.

Delegates of China’s National People’s Congress broke out into applause in Beijing’s Great Hall of the People after voting through a draft decision that paves the way for sweeping anti-sedition laws to be directly enacted in Hong Kong.

The legislation, aimed at stamping out protests that have racked the city for the past year, would ban “any acts or activities” that endanger China’s national security, including separatism, subversion and terrorism – charges often used in mainland China to silence dissidents and other political opponents.

The decision had been widely expected to pass through parliament, which meets once a year to pass already approved measures. Detailed legislation will now be drafted and could be enacted within the next few months.

The move has been condemned and prompted anxiety inside and outside Hong Kong, where residents have chafed under China’s tightening hold for years.

“It is definitely the start of a new but sad chapter for Hong Kong,” said the pro-democracy legislator Claudia Mo. “Hong Kong as we knew it is finally dead.”

Observers said the legislation was likely to aggravate unrest in the city, where pro-democracy protests have restarted after a pause during the coronavirus outbreak. On Thursday, riot police were deployed after at least 360 people were arrested the day before in demonstrations against Beijing’s plans.

On LIHKG, a forum popular with protesters, users called for a “hundred-day war” to take advantage of their last opportunity to protest before the laws come into force. “Say no to China,” one posted.

“As a Hong Konger there is not much we can do except to show the world we are still fighting for our rights and freedom,” said Serene Chow, 22, who has been part of the demonstrations since last year.

Chinese and Hong Kong officials have promised the laws will target only a “narrow set of acts” and say the vast majority of Hong Kong residents will not be affected.

But critics say the laws will be used not only against protesters, but to undermine permanently the city’s autonomy under the “one country, two systems” framework and the city’s de facto constitution, known as the basic law.

An attempt by the Hong Kong government to pass similar legislation in 2003 was abandoned after mass protests. This time, the laws will be enacted through a provision that bypasses Hong Kong’s legislature and therefore public debate and consultation. Legal experts have described the process as unconstitutional but say little can be done.

“The Chinese communist party is … imposing a draconian law which can be used to silence dissent in Hong Kong and infringe on freedoms” said Frances Eve, deputy director of research at Chinese Human Rights Defenders, a coalition of human rights NGOs.

Thursday’s decision appeared to expand the scope of the legislation to proscribe “acts and activities” that endanger national security, which experts say could target broader behaviour such as attending an unauthorised rally.

The legislation, which bans all “activities of foreign forces” interfering in Hong Kong affairs, has added to diplomatic tensions for Beijing, which is already facing international scrutiny over the coronavirus pandemic.

In a joint statement, Australia, Canada, the UK and the US said: “China’s decision to impose the new national security law on Hong Kong lies in direct conflict with its international obligations.” They called on Beijing to work with the Hong Kong government and people to find a “mutually acceptable accommodation”.

The UK separately said it would extend visa rights for as many as 300,000 Hong Kong British national (overseas) passport holders if China does not change tack.

Tsai Ing-wen, the president of Taiwan, which has promised to help Hong Kong residents in need, posted on Twitter: “We will not sit back and watch while Hong Kong’s freedom, democracy and human rights are eroded.”

On Wednesday, the US secretary of state, Mike Pompeo, said his government would no longer consider Hong Kong as separate from mainland China and would revoke its special trade status.

EU foreign ministers will meet on Friday over video link to discuss the Hong Kong crisis,.

Chris Patten, the last British governor of Hong Kong, said he hoped the UK would work with its allies to stand up to Beijing. “I think we need to wake up to the fact that this is a new Chinese regime and it’s a different sort of aggressive communism and it needs to be defended against,” he said. 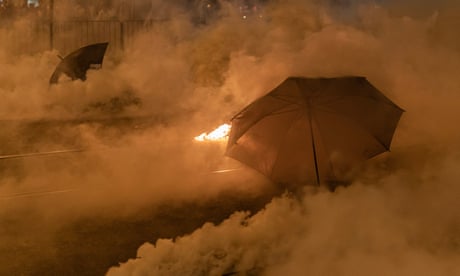 A history of resistance: key dates in Hong Kong's battle with China

After the vote, the Hong Kong government repeated its support for the legislation, which would require authorities to promote “national security education” and report regularly to the central government.

The chief executive, Carrie Lam, said the laws “also show the care of the country toward Hong Kong”, adding that her administration would fully cooperate to “complete the relevant work … as soon as possible.”

Hong Kong residents predicted an increase in emigration as the laws move ahead. Wealthy residents have reportedly begun moving their funds elsewhere, afraid the new legislation will allow Chinese authorities seize their wealth.

Others said the latest measure was part of Beijing’s tightening grip over the city, despite the basic law proscribing Chinese interference in Hong Kong.

“Beijing has been eroding that in recent years,” said Wilson Leung, 37, a barrister in the city. “But now this appears to be the killer blow. It is going to be very dark days ahead for the citizens of this once-great city.”

Here is additional information about the difference between the cost of living in Hong Kong and Vancouver.  We are still aboutr 1/3 cheaper in terms of real estate than Hong Kong!